e all have a routine in our daily life no matter what we do or who we are or what we want to be, we all around this planet have one thing in common and that is ‘Routine’. We take care of many things as we grow up, things which are really important 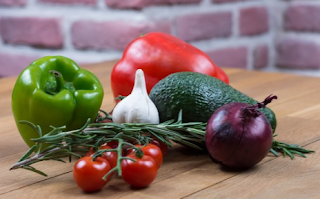 to us and things that we think if aren’t taken care of will have an impact that nobody would want. Here we are going to talk about the impact that we can see that we can categorized as physical impact. Many believe that health is something that depends on genetics and it is true that you get a certain things as heredity but it doesn’t mean that you can’t improve or cure something that is good or bad that you inherited. Well, it is quite simple if you run a vehicle with a fuel that is not meant for it then you will face consequences.

As this humanity has evolved into what we see it today we have seen a variety of food cultures around the world and each has a significance and importance for the people who follow it. 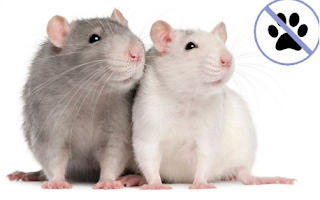 In recent times we have a seen a sharp increase in ‘veganism’ now you might know it or it could be a jargon for you but not until now. This food culture or tradition that we call ‘veganism’ is nothing but not eating or using anything made up of animal or animal products. Being a vegan gives you many benefits and few of them are like you get richer diet in certain important nutrients, it helps you lose excess weight, lower blood sugar levels and improve kidney functions and low risk of heart diseases.

Just like a vegan diet helps you in your inner health it does help in outer health too and that is your ‘skin’ but you can’t simply use plants on your skin unless you know the best and right ones. The best ingredients for skin care are which makes a person look ageless.

Here are a few reasons that make Carrot Stem Cell the perfect ones to take care of skin in the best manner like High Quality Active, Optimum Safety Profile, Standardized and rich in active compounds, Absence of undesired substances, present in traditional vegetal actives, Produced in sterile conditions and many more.

Natural peptides – Peptides are the primary building block of all living tissue. They also act as chemical messengers throughout the body. Our bodies rely on them to manufacture proteins such as collagen, a major constituent of our skin, elastin, and other substances vital to wellbeing such as melanin (skin pigment). A major breakthrough in skin science occurred with the discovery that some peptides were effective in helping wounds heal faster. Published medical studies showed that they stimulate the production of collagen and elastin. Since then, scientists have learned how to tailor them for precise targeting of vital functions that deteriorate as we age and easy absorption through the skin. Gentle on the skin, they simply revive and stimulate the body’s own natural healing process.

Australia’s arid, blistering climate makes for some of the harshest skin conditions anywhere on earth. That’s why Native Australian plants are so rich in skin replenishing ingredients. They have natural defense mechanisms to make them thrive where others wilt and shrivel. In many of these plants there is one that is Kakadu Plum that is a native of north Western Australia and the Northern Territory is the richest natural source of Vitamin C known to man. It contains 50 times more Vitamin C than citrus fruit. Vitamin C, or ascorbic acid, is an invaluable anti-oxidant for skin care. Anti-oxidants neutralize the harmful effects of free radicals that damage skin cells. Vitamin C also stimulates production of Collagen and Elastin, both vital building blocks of healthy human skin.

Lilly Pilly is an Australian rainforest plant native to South Eastern Australia. Long prized amongst Aboriginal Australian for its healing properties, Lilly Pilly is another rich source of Vitamin C. It also acts as a firming astringent and contains fruit acids which help exfoliate the skin.

Macadamia Oil from Macadamia nuts is valued for its remarkable ability to soften the skin. Its properties are similar to human sebum, the skin’s natural lubricant, produced by sebaceous glands. Macadamia oil is particularly suitable for mature or dry skin. It’s absorbed rapidly and has a pronounced soothing, softening, moisturizing effect.

Quandong, or Desert Peach, is a member of the Sandalwood family. It’s well known amongst Aboriginal Australians both for its usefulness in treating skin and scalp conditions, and as a bush food. The bark and roots contain anti bacterial properties. Quandong kernels contain is valuable oil that has as a soothing, anti inflammatory action on the skin.

Aloe Vera – Strictly speaking a naturalized, rather than a genuine Native Australian, Aloe Vera is well known for its soothing, moisturizing effect on the skin. It grows wild in both tropical and arid regions of Australia.

The Dead Sea has been famous since ancient times as Health Spa. It has also provided a source of ingredients for balms, medicines and even fertilizers for thousands of years. Aristotle, the ancient Greek philosopher, wrote about its remarkable waters. And in Roman times the Dead Sea became the official health resort of Herod the Great.
The Dead Sea is almost nine times saltier than the world’s oceans. It contains a unique blend of minerals found in no other accessible place on earth. At 730 meters below sea level, it also lies at the bottom of the world’s lowest natural valley, where unusual magnetic fields have been discovered. The surrounding atmosphere has an exceptionally low concentration of pollens and other allergens.
Because of its value in treating skin conditions Montaser uses Dead Sea Mud in all its creams. Dead Sea mud contains a unique blend of 21 minerals. These nourish your skin cells and provide a natural moisturizing effect. What’s more its fine grains act as a deep exfoliant and cleansing agent, dislodging toxins, impurities and excess oily secretions that harden over time.
These ingredients make up our products which are totally vegan that means they are not tested on animals but clinically tested and that is why we call our products cruelty free. We at Montaser provide products which not only treat the problem but also let you take care of skin so that you look ageless and are totally vegan. To find more about our products please follow Montaser.com.au